DUBAI: The Global Indian International School (GIIS) in Al Barsha was in for a surprise on its annual sports day on Thursday, when a fun activity got underway on its manicured greens.

Just when four students sat on four chairs for an ostensible game, a man in uniform with a German Shepherd dog was seen approaching them.

As the crowd wondered what was going on, the sniffer dog stopped short at one of the chairs. It turned out, there was an illegal substance under the chair, which was promptly identified by the canine.

The seemingly fun activity, in which the illegal substance was deliberately kept under the chair, was Dubai Police’s way of putting across a strong message to the student community:

do not think you can hide drugs or any other illegal substance from the Dubai Police, our sniffer dogs will surely find them.

Speaking to Gulf News, Colonel Aref Abdullah, director of the Dubai Police K9 squad, who was the chief guest at the function, said,

“It is important to convey this message to the students as they are the first targets for drug dealers and peddlers. Through such social activities, we want to show students that dogs have a strong sense of smell and are specially trained to sniff out illegal items, including narcotics and explosives.”

He said the Dubai Police K9 Squad regularly visits schools to raise awareness and reassure the community that its safety and security are top priority. 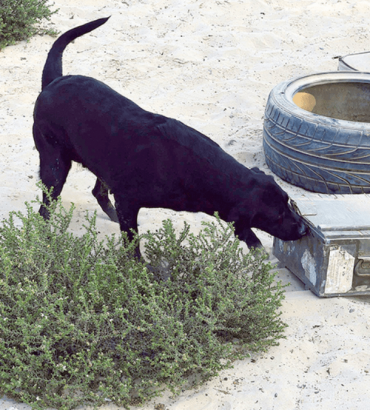 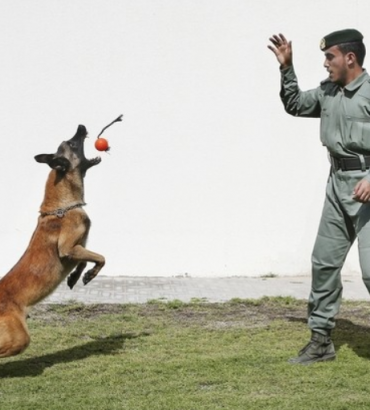