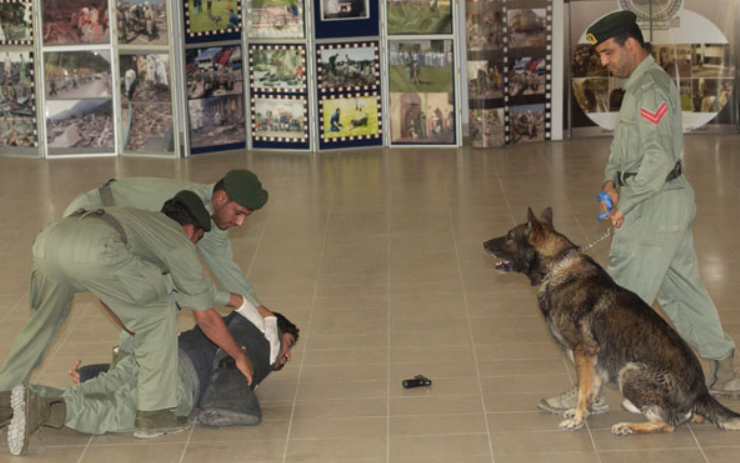 DUBAI Police dogs have been an integral part of the emirate’s security system since the K9 unit was established almost 40 years ago.

In the first nine months of this year, the hounds took part in more than 2,400 operations.

“Most of the time people do not see the K9 unit in action, but we are there at all times working behind the scenes,” said Lt Col Abdel Salam Al Shamsi, the director of Dubai Police K9 Unit.

“The department plays a role in providing and maintaining security across the emirate so that if God forbids, something happens, we are ready.

“Dubai Police dogs are present at events such as exhibitions, horse races, aviation shows and even soccer games.”

The K9 unit was established in March 1976 with six dogs and six trainers. Today, it has more than 65 dogs and handlers.

“The dogs’ tasks include finding drugs and explosives, searching for missing people, locating dead bodies, tracking suspects and investigating the causes of fires,” said Lt Col Al Shamsi. “Each dog has one trainer and one speciality.”

But in some cases, depending on the task the dogs were trained for, they could also specialise in being guard dogs, he said. “There are dogs that specialise in matters that call on them to be social and interact with human beings. Those dogs cannot also be trained in guarding and are used in hotels, centres and airports,” he said.

“In those cases, we use dogs that are used to being around humans so that the public won’t have a negative reaction to them.”

The K9 unit has German shepherds, Malinois, Labradors, cocker spaniels and springers, which are all imported from Europe.

“These dogs are the most used by the police worldwide, and we get them from their countries of origin,” said Lt Col Al Shamsi.

“So the German shepherds, we get them from a specialised farm in Germany.”

The pups are 12 to 18 months old when they arrive in Dubai.

“We receive what we call green dogs, which means they have been evaluated for police work and they have the proper instincts to do the tasks, but they are trained in their speciality here in Dubai,” he said.

The new dogs undergo a training programme lasting four to six months, after which a police committee evaluates them again. 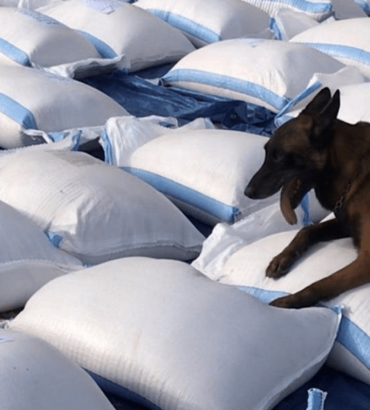 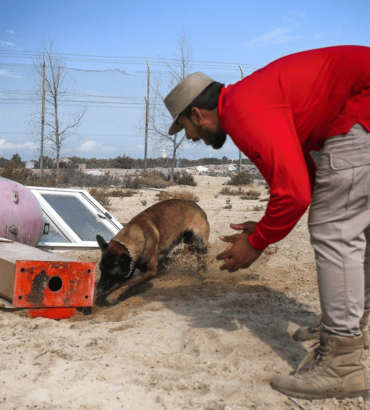 Dubai Police’s K9 Unit: the Long Nose of the law